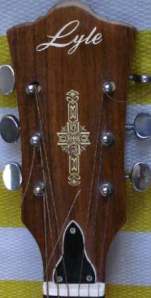 Lyle guitars were imported from Japan(Matsumoku Co., who also produced Aria brand guitars) in the 1960s & 1970s by the L&D Heater Co. of Portland Oregon. An interesting side note is that Lyle guitars were licensed copies of Gibson guitars.
A popular misconception of the Lyle brand was that Norlin(parent company of Gibson) sued the Matsumoku Co. for copying their guitar designs and closed them down.
The lawsuit was indeed filed by Norlin-only not against Matsumoku but Elger/Hoshino(the American division of Ibanez) over elements of the Les Paul and SG guitar designs that Norlin/Gibson had since claimed as a trademark.     The case was eventually settled out of court. Japanese companies preemptively altered the designs of their guitars in such a way that they would not be "exact" copies of Gibson guitars.
The true story of the demise of the Lyle brand is largely unknown to this day.

The only known distributor of Lyle Guitars in America is the L.D. Heater Music Company, which is based in Beaverton, Oregon. Norlin, the parent company of Gibson, owned L.D. Heater. Lyle guitars, as protection from potential lawsuits, was part of the contract stating under which brand names Gibson-licensed guitars could be produced and distributed. 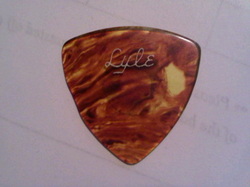 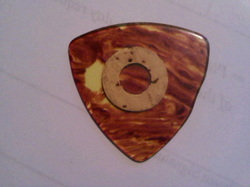 (reverse side of above pick) 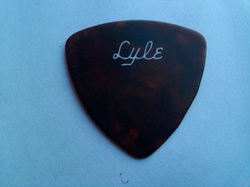 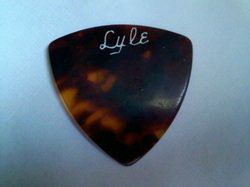 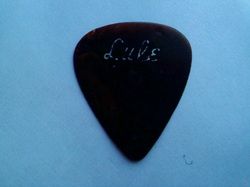 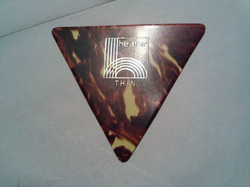 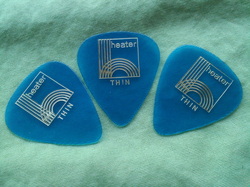 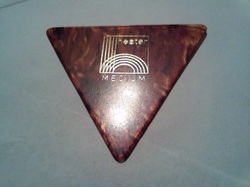 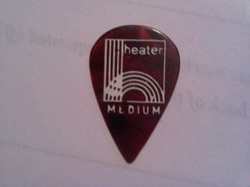