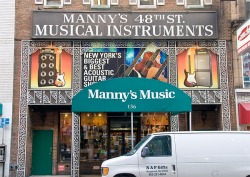 Manny's Music Store was locatrd close to Times Square in New York City. Opened in 1935, it's closing saddened many after 74 years of nostalgia and its' famous 'Wall Of Nostalgia'. Jimi Hendrix used only Manny's guitar picks. Situated on West 48th street, Manny's was converted by its' owner, Sam Ash Music, into a giant Sam Ash Music Superstore. Manny's was the heart & soul of the music community for many years and its' store logo guitar picks continue to be highly collectible to this day. In the 1960s, Manny's enjoyed its' heyday when bands like The Beatles and The Who frequented it upon landing in America.


Ian Goldrich sold Manny's to Sam Ash Music, and the Sam Ash corporation kept the same decor and icons. There are more than 3,000 signature on Manny's famous Wall Of Fame which can be viewed at www.mannysvirtualwall.com which was created by Goldrich's granddaughter, Holly. Manny's will always be a part of music history. Nothing can change that. 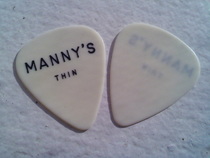 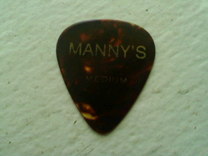 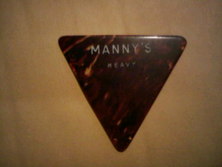 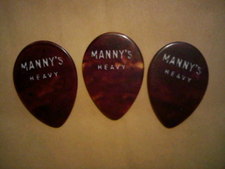