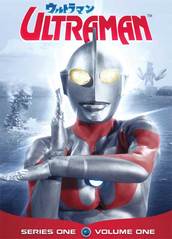 Ultraman(pronounced Urutora in Japanese). The name brings back countless memories. Me using my mother's lipstick as if it was REALLY a 'beta capsule', the gadget that turned ordinary 'Hayata' into our giant and powerful hero, Ultraman! Ultraman was actually from Nebula M78 and while traveling through space chasing his nemesis Bemular to Earth, disaster struck. Upon entering Earth's atmosphere, Ultraman collided with an airplane somewhere over Japan. Feeling badly over the subsequent injuries of the plane's pilot(and also knowing he would soon run out of life-giving energy while in the Earth's atmosphere), Ultraman merged with the injured pilot and in doing so, he saved both his own existence as well as that of pilot, Shin Hayata. Using the Beta Capsule enabled Hayata to transform in to the giant(40 meters tall) superhero whenever disaster struck. And there were plenty of 'monsters' in Japan at that time!
Fernandes bought the rights to produce the Ultraman series guitar     picks. There are some 8-20 known in this series. 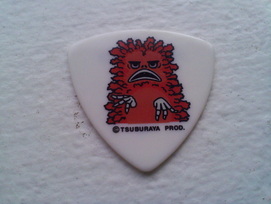 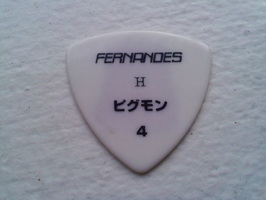 (reverse of above pick)