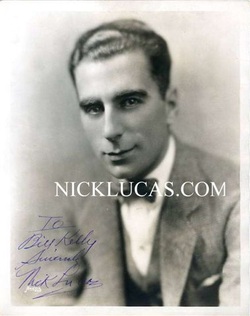 Nick Lucas. American singer and premier jazz guitarist of the 1920s and 1930s. He was a man of many 'firsts'. Not only was he famous for his hit, 'Tip-toe Through The Tulips(written in 1929, and one of the the FIRST hits to sell 2 million copies!), but he was the FIRST musician to incorporate the guitar within the music of the period. The Grover Musical Products offered Nick Lucas Pick Cards from the 1930s-1950s. These cards can be seen on page 64 of Will Hoover's book, "Picks!". And, of course, the OEM of these guitar picks? The one and only D'Andrea!!

Still today, the standard 351 pick is often referred to as 'The Nick Lucas Shape', as this was the style he used. I hope you enjoy all of my favorite Nick Lucas picks displayed here.... 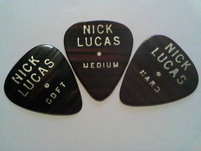 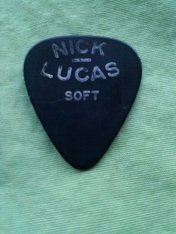 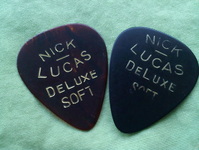 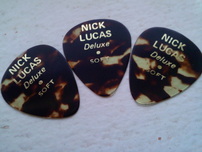 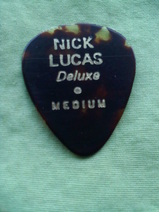 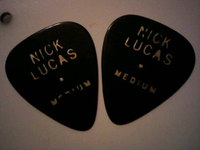 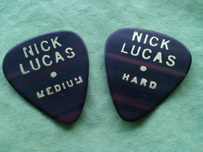 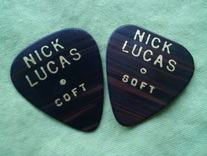 2 1950s vintage picks similar to above pattern in soft gauge 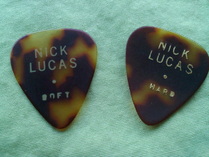 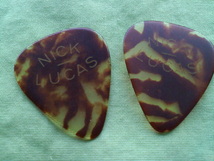 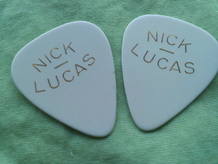 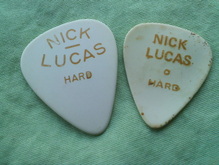 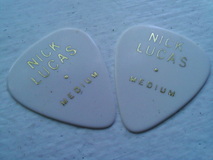 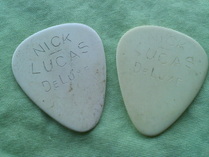 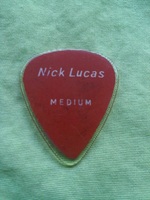 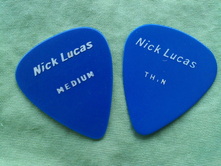 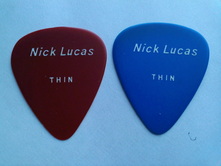 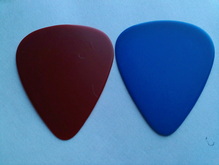