The National String Instrument Company was founded by John Dopyera, who happens to be the luthier whom invented the resonator. In 1927 National produced the very first resonator and sold it under their brand name, National.
In 1928, Dopyera and his four brothers, left National and formed the Dobro Manufacturing ompany. The Dopyera brothers merged the National name and trademark in the late 1980s and the company became known as the National Dobro Corporation. 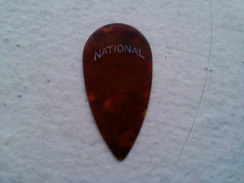 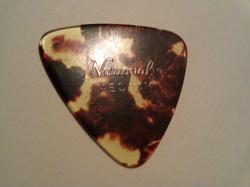 National Eliptical pick(Japan is stamped into pick, back is blank) 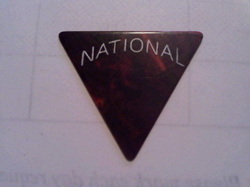 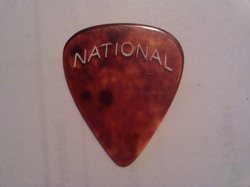 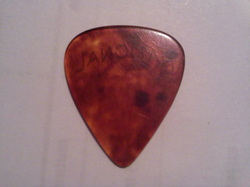 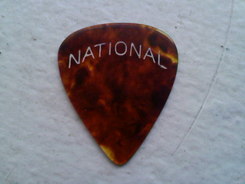 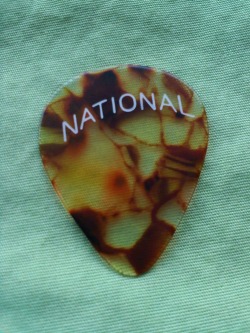 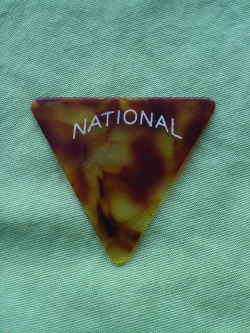 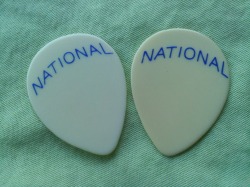 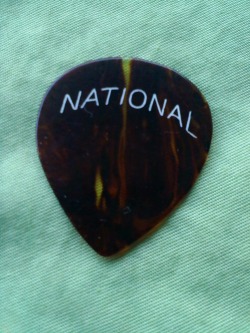 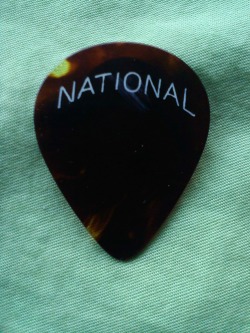 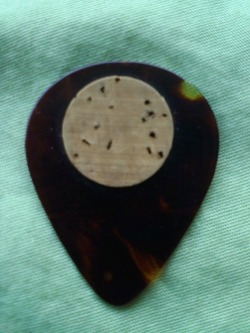